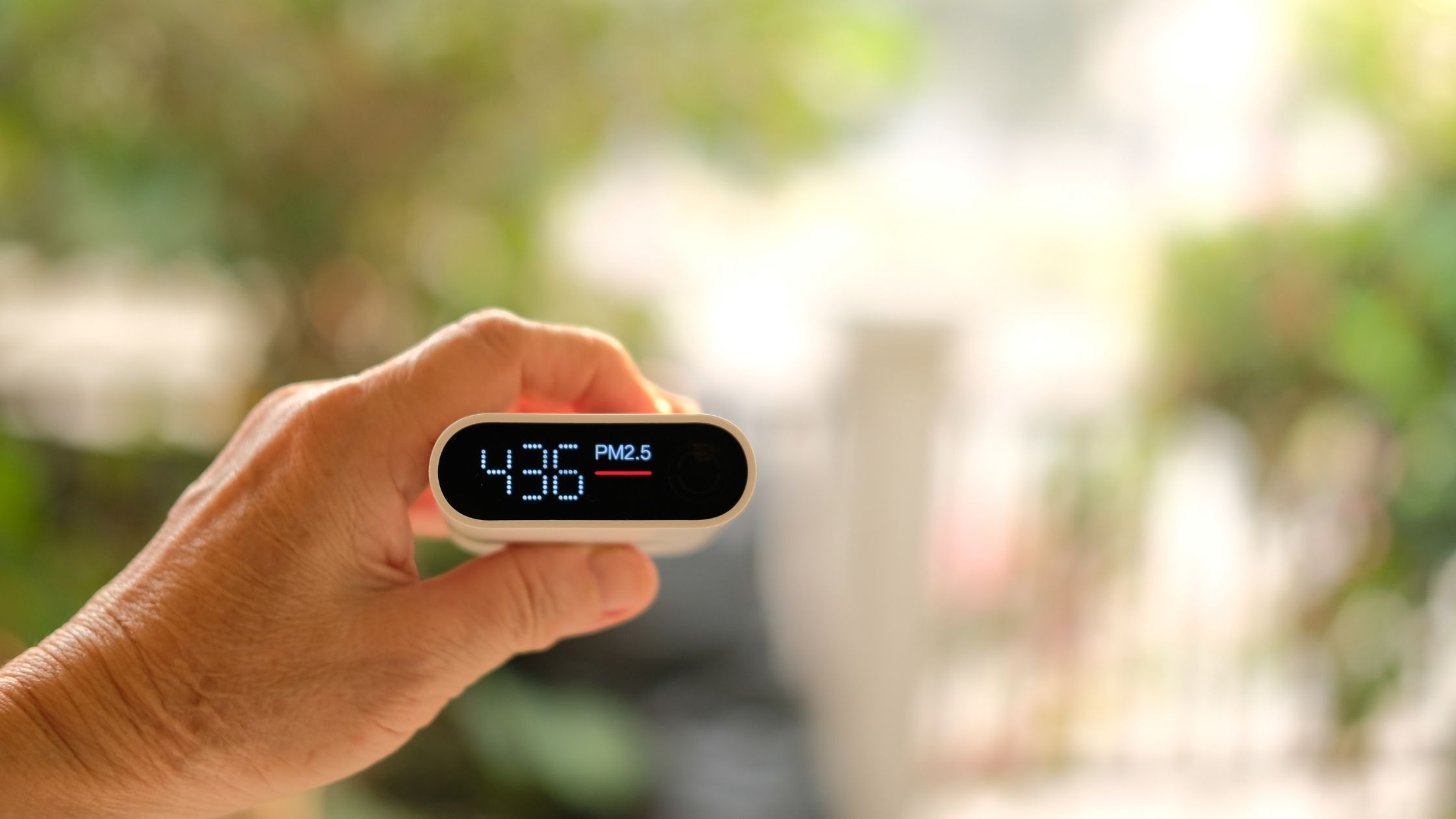 The particulate matter (PM) in the air is a collection of pollutants and is a mixture of different chemical species. PM also contains various types of aerosols and solids composed of small liquid droplets, solid-liquid core coatings, and dry solid fragments. The PM might vary according to the shape, chemical composition, and size, and can contain metallic, organic, earth crust compounds, inorganic ions, and elemental carbon. They are defined based on the diameter of the particles for air quality regulatory purposes. The particles with less than 10-micron diameter are inhalable by the lungs and can cause negative health effects. There are fine particles that are 2.5 microns or less, known as PM 2.5. In other words, PM 2.5 is a portion of PM 10.

PM 2.5 and PM 10 both derive from different emission sources with different types of chemical compositions. A significant amount of particulate matter formed in the air is due to oil, gasoline, wood, and diesel fuel emissions. Pm 10 also consists of dust from the agricultural land, construction sites, wildfires, landfills, various industrial sources, and burning waste. The windblown debris and dust from the pollen, bacteria fragments, and pollen are also some of the causes of PM10 formation.

These two PMs might be directly formed or emitted from the sources in the surroundings through various gases and secondary particles chemical reactions like nitrogen oxide, sulphur dioxide, and different organic compounds. Both natural and manmade sources can emit these organic compounds. The natural sources include vegetation and trees, whereas man-made compounds include anthropogenic sources like exhaust from vehicles and numerous industrial processes.

Reasons for concern for CARB about PM 2.5 and PM 10

CARB is concerned about the increasing number of airborne PM due to the adverse health effect of the people and the surrounding atmosphere. People can inhale both PM 10 and PM 2.5 with some deposits in the lungs. The particle deposition location is also dependent on the particle size. PM 2.5 can travel and deposit on the deeper segments of the lungs. PM 10 most likely deposits on the surface of the upper parts of the lung. These PM deposits on the inner and outer lung portions can induce lung inflammation and tissue damage.

There are numerous adverse health effects noticed in human beings due to inhalation of both particulate matters. Let us have a quick look into some of them as follows.

According to the research, adults with chronic lung or heart disease and children are the group of people whose health will be affected when exposed to PM 2.5 and PM 10. Also, infants and children are more vulnerable to the toxic effects due to inhalation of these particular matters as they consume more air compared to their body weight than adults. Since they spend more time outdoors, inhale oxygen faster, and have a small structure, pollutants harm their health more rapidly compared to the grown-ups.

According to the study by Children’s Health by CARB, children living in surroundings with high PM 2.5 levels include slow growth of the lungs compared to the kids living in the communities with low PM 2.5 levels. CARB implements the risk assessment method for determining the premature mortality rate when the mothers live in a surrounding with PM 2.5 levels. The result was shocking as according to the data of ambient air quality from 2014 to 2016; there was 5400 premature mortality due to cardiopulmonary problems every year in California.

Additionally, PM 2.5 also causes 2800 hospitalizations of people with respiratory and cardiovascular diseases and 6700 emergency visits for asthma problems per year in the city of California.

According to different scientific studies, PM decreases people’s visibility and includes an adverse effect on ecosystems and climate. Primarily PM 2.5 alters the light entranceway for absorption, reducing the visibility in the atmosphere. Some PM 2.5 components promote global warming in the black carbon form, while others include a cooling effect due to sulfate and nitrate presence.

PM can also cause harm to the plants, water, and soil of the ecosystem through its deposition on the surface by affecting the productivity and water quality that will unbalance the entire food chain. The organic and the metallic compounds present in the PM include the greatest potential threat to the plant yield and growth. T might also cause soiling of the different materials.

Some PM particles might be present inside a building or a house that primarily originates from the outdoors, especially for PM 2.5. These PMs can enter the indoor areas through the windows, doors, and other leaks in the structures. PM can also arise from various indoor sources. PM of indoor origin consists of biological sources components like allergens, dust mites, cockroaches, mold spores, and pollen. Various indoor activities like tobacco smoking, burning wood, cooking, incense sticks, and candles. Gaseous pollutants generated from the house cleaning products like air fresheners and others might also be the reason for PM formation inside the house.

What are the Ambient Air Quality Standards for the Particulate Matter?

The standard of ambient air quality is the maximum pollutant amount present in the outer atmosphere with no harm to human health. According to an extensive scientific literature review in 2002, the board has introduced a new average PM 2.5 and PM 10 standard annually. The following table indicates the new standards for the ambient air quality for particulate matters.

Adverse Health Effects of PM on the European and American People

Below are some of the most horrible health effects that the people of Europe have been experiencing over the years.

Now let us see the adverse effects of PM on the people of the USA. They are as follows.

PM 2.5 and PM 10 are the general terms for the small liquid and solid particles present in the atmosphere and vary according to their size. IT is exceptionally toxic to human health and causes chronic damage to the cardiovascular and respiratory systems. Nowadays, several measurements are also taken to reduce the formation of PM in the atmosphere by EPA. Only the air quality enhancement can save you from the harmful effects of PM 2.5 and PM 10. If you are concerned about your children health then you can use a good air purifier to prevent such health issues