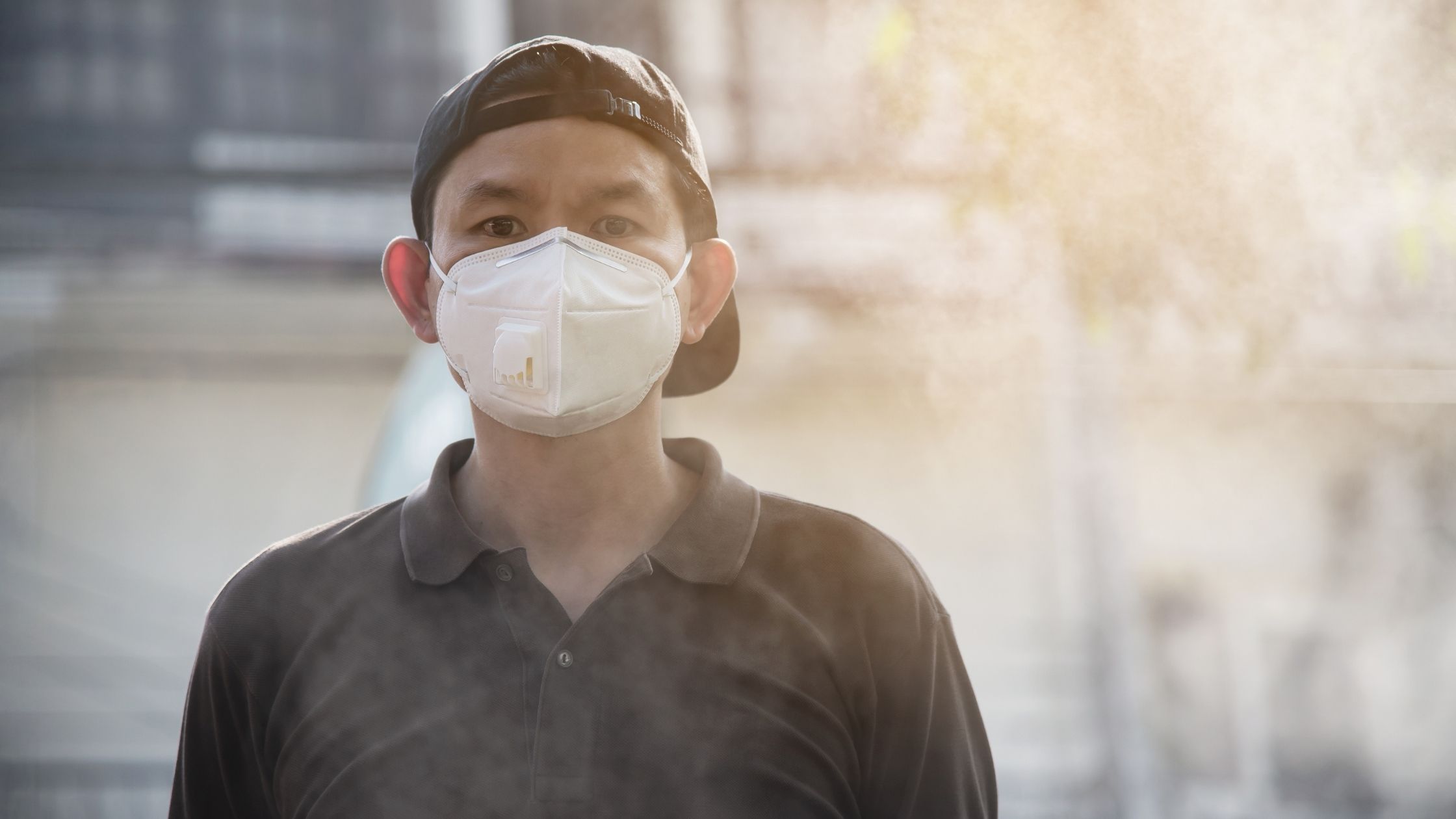 Air is a necessary part of life, without which it will not be possible for life to prosper on earth. In modern days, air pollution is one of the primary concerns in our world. The advancement of technology and civilization has affected the natural world heavily. Since air is so abundant, the effects on the environment are arguably the most. Air pollution has many detrimental effects on both the environment and human lives as well. The sources of air pollution are many, and some of them are more responsible than others. Air pollution can induce various severe diseases in human beings, making them sick or even death.

Air pollution is the infusion of harmful contaminants into the air. It causes adverse effects to the animals and the environment as a whole. The sources of this can be both naturals like wildfires or volcanic eruptions, and man-made such as vehicles and industries. However, unnatural sources are generally more responsible for the adverse effects of air pollution.

According to the World Health Organization, six major contaminants pose the highest threat to the environment and human life. The WHO indicates six principal air pollutants. They are particulate pollutants, ozone, carbon monoxide, nitrogen oxides, lead, and sulfur oxides. These can cause various adverse effects on human life. Both long and short exposure to these pollutants is life-threatening as they can cause numerous diseases like skin diseases, irritation, cardiovascular disease, and even cancer.

There are several origins or sources of air pollution out there. It might be natural or man-made. Now let us take a quick look into both the sources in detail below.

One of the primary natural sources of air pollution is dust particles. The wind carried it from one location to another and created a disturbance. Another origin is gas. For example, during respiration, humans emit carbon dioxide, methane at the time of cattle’s digestion, and oxygen from plants during photosynthesis. Besides, smoke emerging from the ignition of volcanic eruptions and several inflammable objects interact with polluted gases and results in air pollution. That is why smoke is also a natural origin.

Nature alone cannot be responsible for air pollution. It is also the job of the humans who are also responsible for this. Because of us, we are living with the dangerous threat of the world that is global warming. But when it comes to the questioning of man-made contributors to air pollution, there are mainly two origins –

Risk of PM or Particulate Matter to the humans

Particulate Matter or PM is a term for air particles such as dust, smoke, dirt, and liquid droplets. PM is of two categories, particles of large and small concentrations. Diesel vehicles and power plants emit large particles. On the contrary, small-scale particles of PM mean the particles that are 10 micrometres in diameter. These include PM2.5 and PM10. The PM2.5, popularly invoked as fine particles, causes severe health issues and directly attacks the human lungs. Besides, the PM10 poses fewer health concerns in the respiratory systems than the previous one.

Different pollutants affect human health differently. Polluted air includes both particles and chemicals and causes various life-threatening diseases. The level of exposure is so significant that sensitive people might face many issues. Below we have shared a table to understand the specific contaminants and the symptoms associating with those.

The toxic materials present in the air cause difficulties in human organs. The health issues primarily affect the respiratory organ, cardiovascular dysfunction, dermatologic, ophthalmologic, immunologic, neuropsychiatric, and reproductive systems. A small amount of these inhaled toxic elements is terrible for adults as well as children. Below are some of the several health effects of air pollution.

The effect of air pollution has an enormous impact on the respirator. The toxic pollutants enter through the respiratory system, depending on the inhaling amount, and create damage. The first symptom is throat irritation that might result in voice disturbance and several other conditions like asthma, heart attack, lung cancer, and bronchitis. Air pollutants like PMs, dust, ozone may affect the respiratory tract. For instance, asthma is a result of some air toxicants like dust and other chemicals. They form a chain and cause breathing difficulty.

Air pollution or unhealthy air may result in heart attacks and strokes. Many experiments and researches show that it has a direct effect on cardiac diseases. It changes the count of white blood cells and strikes the cardiovascular systems. Nitrogen dioxide has a dangerous impact on it also. Besides, air pollution is related to hypertension and causes hindrances among people. A review of air pollution indicates that 19% of cardiovascular deaths are associated with this. Besides, 21% and 24% of deaths are happening due to stroke and coronary diseases.

A WHO report indicates due to unhealthy air quality, 29% of death happen due to lung cancer. Particle pollutants such as PM2.5 contribute more to this figure because it can go deeply into the human lung as they are smaller in size.

Air pollution causes damage to the human nervous system. The effects are so severe that they may result in psychiatric disorders and neurological issues. The infants are at risk, and the consequences of it are catastrophic. Modern researches show the relation between air pollution and neurological activity induces improper behaviour and aggression among teenagers. Besides, the effects of unhealthy air are also devastating in Parkinson’s and Alzheimer’s disease.

Some studies indicate that exposure to unhealthy air might cause various issues to pregnant women, and they may experience preterm or premature delivery.

The researchers say toxic pollutants like PM affect the human skin and cause aging and pigmented spots on the face. Air pollution is dangerous to prenatal babies, and exposure may result in a lower growth rate and birth weight. It also affects our immune system. Besides, many people may experience eye-related issues like dry eye syndrome also.

Who is in danger of unhealthy air?

How to tackle Air pollution

It is imperative to find out ways through which we may reduce the impact of air pollution due to these injurious effects. However, the reduction in air pollution must not come at the expense of development. Industries are necessary for the advancement of human civilization and society as a whole. As such, we need to find a balance between these two. But even before that, we need to figure out the principal sources of air pollution. We can say the principal amount of polluted air comes from vehicles, industries, and energy consumption. Below are some of the solutions to handle this problem.

Reduction of air pollution through vehicles

Another prominent source of air pollution is vehicle exhaust. The fuel used in vehicles is mostly petrol, diesel, and gasoline. All of them are intensely harmful to the environment and the entire human life.

Using alternatives such as CNG (Compressed Natural Gas) or LNG (Liquefied Natural Gas) might help you to reduce the number of pollutants released in the air through vehicular exhaustion. However, with alternate sources of energy, these alternate fuels need to be popularized.

Another way through which we may diminish vehicular pollution is to increase the production of efficient engines. Efficient engines may result in less fuel consumption and will lead to fewer pollutants released into the atmosphere. The manufacturing of efficient engines can also lead to vehicles using alternative fuels or even electricity in place of fossil fuel, the chief sources of air pollution.

Industries are one of the principal sources of air pollution as well. However, controlling the release of pollutants through factories may not be easy. Factories are necessary for the advancement of society. However, they are the sources of some of the most harmful pollutants. One and the only way of controlling this kind of pollution is to regulate the concentration of pollutants released into the air. The introduction of stricter laws might help in regulating the contaminants. Besides, the innovation of filter technologies is another way to control this kind of pollution.

The contribution of WHO to reduce air pollution

The World Health Organization plays a crucial role in reducing the level of air pollution in several countries. Their main objective is to identify the chief pollutants and monitor their severity level on human beings. Their scientists and researchers review and analyze the data and give a detailed report of various toxicants on how much they cause damages to humans. They also provide some safety measures to prevent the burden. Besides, they identify four principal aspects to work on it. They are as follows.

Air pollution is one of the principal concerns of today’s generation. It poses a massive threat to both life and the environment if not dealt with properly. Besides, it also causes life-threatening diseases and can lead to the earth’s atmosphere being unable to nurture life. So we must take into account the issues of air pollution seriously to keep the earth inhabitable and find ways to reduce the impact it has on our universe to have a better future.